After doing a DataPA update I cannot view my form which uses a DataPA control and receive the error ‘Visual Designer cannot load this class’. How do I fix this? Print

When an update has been done to DataPA the assemblies which hold the DataPA .NET controls will likely have had their version numbers incremented and this causes Progress Architect to believe that the DataPA controls are no longer available. Architect doesn’t handle the upgrade of these controls correctly and gives the error ‘Visual Designer cannot load this class’ You may also get the error ‘Could not load file or assembly’.

You will see a screen that looks like this: 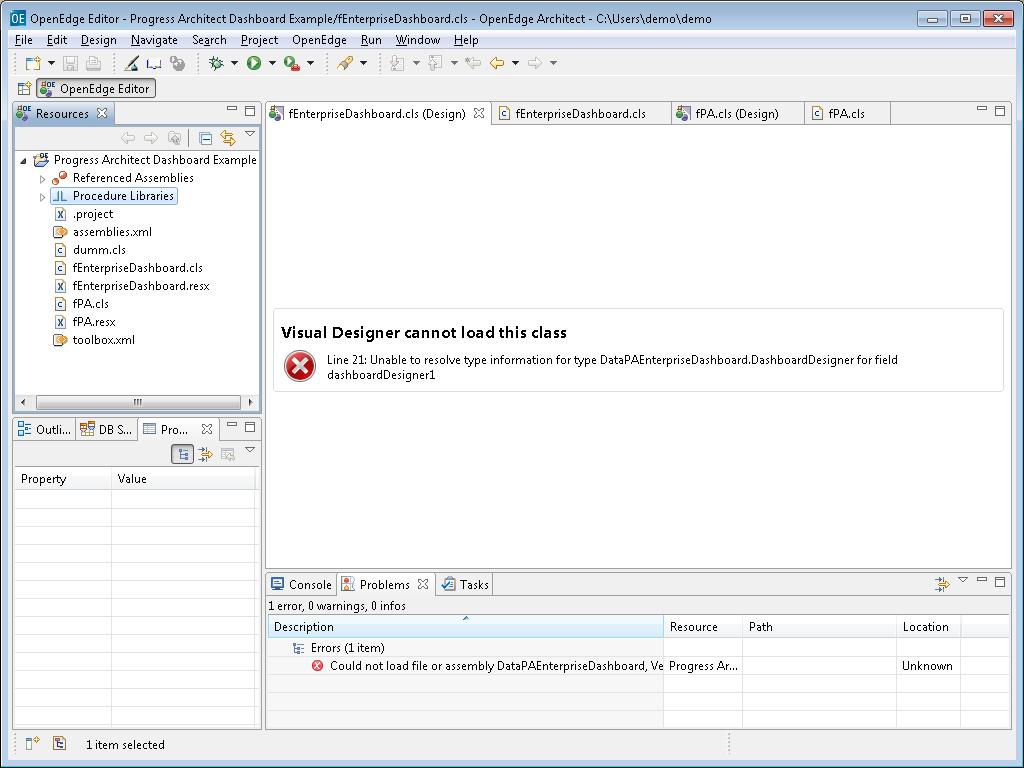 To fix this you need to perform the following steps:

Did you find it helpful? Yes No

Send feedback
Sorry we couldn't be helpful. Help us improve this article with your feedback.